View the In a Time of Change: Trophic Cascades Website

In a Time of Change: Trophic Cascades  is an installation of visual and literary art that explores the intricate web of predator-prey-ecosytsem relationships and what occurs when the web of consumption is disturbed or altered by the removal or introduction of key animal or vegetative species.

Trophic Cascades are indirect effects that occur among the various levels of an ecological web once a “keystone’ species has been removed or introduced. An Alaska example of Trophic Cascades is the sequence of
events that followed the collapse of sea otter populations in the Aleutian Islands in the early 20th  century due to over-harvesting. In the absence  of otters, sea urchin numbers rose dramatically, leading to an over-consumption of kelp. Once the otter population recovered, sea urchin numbers fell back to historic levels and kelp forests also recovered.

The artists in this exhibit were encouraged to create original work on the theme of predator-prey-ecosystem interactions, to find new ways of expressing or representing the essential ideas behind the complex webs of interdependence among animals (including humans), plants, trees and habitats. The goal was to link scientific concepts to human ideas, actions,and emotions in the hope of fostering a new social-ecological dialogue.

Many of the artists discovered a welcome source of material in the science that underlies Trophic Cascades. In some cases, the ecological concepts and processes confirmed what an artist had previously known but only
vaguely understood. Some of the artists found new ways to approach the natural world as topic and inspiration for their art. 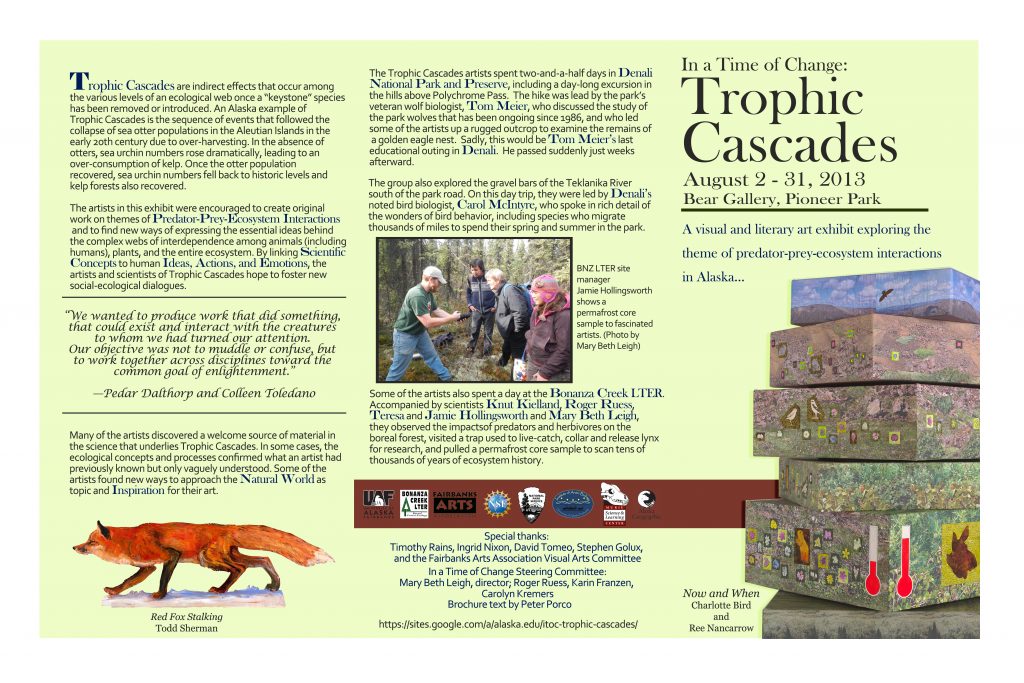 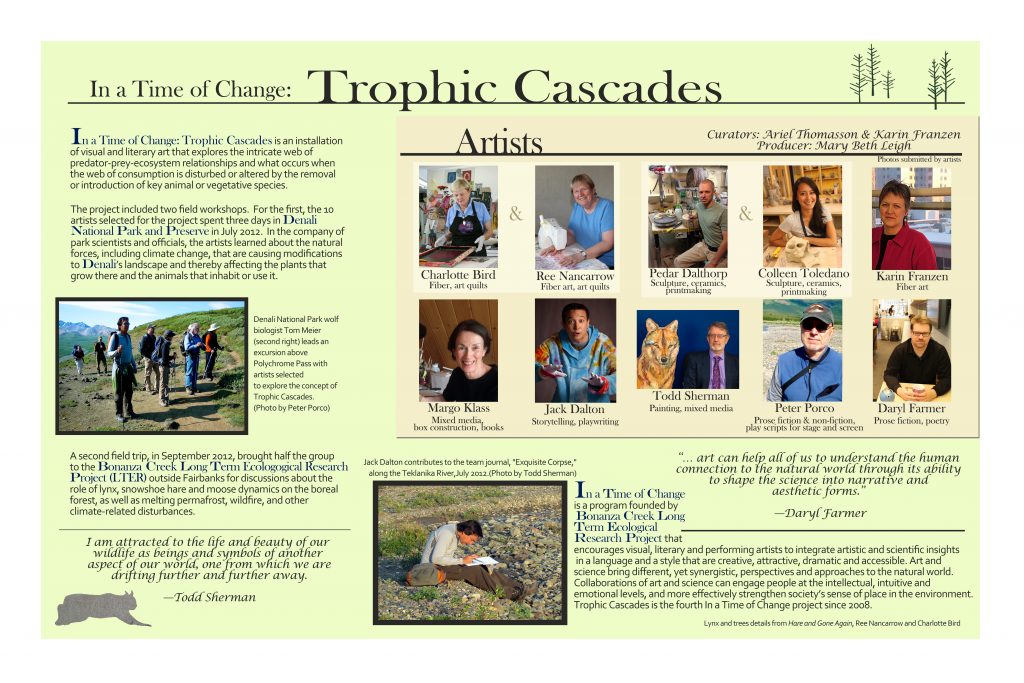 UAF is an AA/EO employer and educational institution and prohibits illegal discrimination against any individual. Learn more about UA’s notice of nondiscrimination.